The creative process often leads to temporary imbalances that other people may not tolerate well. There’s some craziness to the creative life. You may be terrifically energetic for a time and then shift to low energy and mild depression. Some of this flux goes with the territory. There are times when you need help with the imbalance because it has become unhealthy or dangerous. But today’s culture values a certain perception of “balance,” and it allows for little craziness or fluctuation. People will reject your apparent imbalances as negatives that need to be corrected. And when you don’t share their concern, they will likely judge you, which is a form of rejection.

Creativity takes you places that are weird to others. Don’t be surprised when others reject you for being different, asking too many questions or expressing yourself in ways that are unfamiliar to them.

– from “The Soul Tells a Story: Engaging Creativity with Spirituality in the Writing Life” by Vinita Hampton Wright Loyola Press 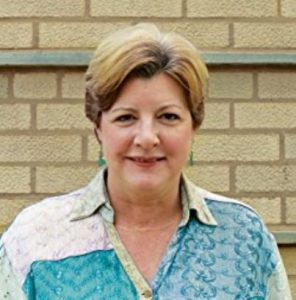 In his book Fizz, word-of-mouth marketing expert Ted Wright concludes that those who ignite content are intrinsically motivated. “Influencers share stories because they want to build bonds with people. For them, that is the reward, and it comes from a place deep within them. If they think what you’re selling will be interesting to people they know, that is all the motivation they need. You cannot buy their interest—or their approval—with discounts or rewards.” 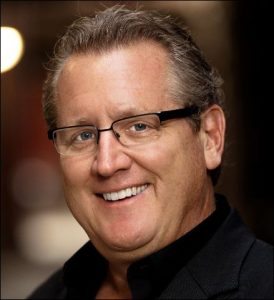 This video covers the nuts and bolts of outstanding book proposals. Topics include:

“How to Prepare a Non-fiction Book Proposal” – video training May 12th, 2017
Sticky Post By Posted in Publishing tips Permalink

So you’ve been writing for years and have decided to finally put a proposal together to secure an agent and/or send it to a publisher. You’ve spent hours upon hours honing your craft, playing around with tone, figuring out the point-of-view, developing a solid structure, and so on.

If you’ve put this much time into writing, please do yourself a favor and don’t simply fill out a proposal template in a single day. Spend time considering how to best convey the information publishers and agents need, and put it in your own style.

Your proposal is often the first taste the publishing world has of your writing. Use it to introduce yourself and your writing and set yourself apart. This doesn’t mean you don’t make the information clear, but rather, spend the time thoughtfully considering your audience, your competition, and the best possible way you can word your overview.

A well-written proposal will leave agents and editors alike wanting to read more of your writing. 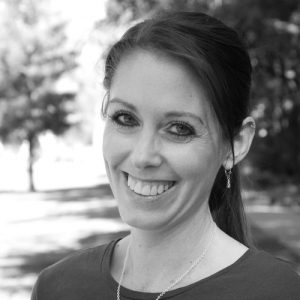 The Art of a Book Proposal April 24th, 2017
Sticky Post By Posted in Writing tips Permalink

There would be a strong argument for saying that much of the most powerful preaching of our time is the preaching of the poets, playwrights, novelists because it is often they better than the rest of us who speak with awful honesty about the absence of God in the world and about the storm of his absence, both without and within, which, because it is unendurable, unlivable, drives us to look to the eye of the storm. I think of King Lear especially with its tragic vision of a world in which the good and the bad alike go down to dusty and, it would seem, equally meaningless death with no God to intervene on their behalf, and yet with its vision of a world in which the naked and helpless ones, the victims and fools, become at least truly alive before they die and thus touch however briefly on something that lies beyond the power of death. It is the worldly ones, the ones wise as the world understands wisdom and strong in the way the world understands strength, who are utterly doomed. This is so much the central paradox of Lear that the whole play can be read as a gloss if not a homily on that passage in First Corinthians where Paul expresses the same paradox in almost the same terms by writing, “God chose what is foolish in the world to shame the wise. God chose what is weak in the world to shame the strong. God chose what is low and despised in the world, even things that are not, to bring to nothing things that are” (1 Corinthians 1:27-28), thus pointing as Shakespeare points to the apparent emptiness of the world where God belongs and to how the emptiness starts to echo like an empty shell after a while until you can hear in it the still, small voice of the sea, hear strength in weakness, victory in defeat, presence in absence.

I think of Dostoevski in The Brothers Karamazov when the body of Alyosha’s beloved Father Zossima begins to stink in death instead of giving off fragrance as the dead body of a saint is supposed to, and at the very moment where Alyosha sees the world most abandoned by God, he suddenly finds the world so aflame with God that he rushes out of the chapel where the body lies and kisses the earth as the shaggy face of the world where God, in spite of and in the midst of everything, is.

– Originally published in Telling The Truth

I was walking around my yard in a bit of a daze. The day before I had finished the novel revision I’d been working on for months. Like the crazy woman I am, instead of resting I was trying to organize my thoughts for the next novel. But I felt like I didn’t know how to steady myself in the real world after being in my novel’s world almost nonstop for so long.

I decided to go for a walk in the woods at Fairfield Hills, a campus-like park near my home. As I headed for the hiking trail I saw a friend from my church—he’s my co-teacher, in fact, for the 8 th and 9 th grade Sunday school class I’m teaching this year. He was there to go jogging and he stopped to tease me, saying he almost didn’t recognize my face because I wasn’t smiling. I said, “This is my thinking face. This is a thinking walk.” Then I told him I’d just finished my novel.

I totally didn’t expect such words from him: he’s a retired Marine, a guy who’s as button down, spit and polish as you can get. But there was an odd truth to what he said. It made me think of the monk and writer Thomas Merton—I’m in the process of reading all of his journals—and at one point he writes that he’s missing his novel. Of course those were the days when a writer only had one or two precious hard copies of a manuscript and once you sent it out it was gone until the publisher returned it. He said he missed his book; he wanted it back. He spoke of it like it was an old friend. I didn’t think of myself as attached to my book in this way but began to wonder about it as I continued my walk.

Then a phone call on my cell—it was a new Vermont College of Fine Arts student, about to embark on his first residency in the MFA in writing program. He wanted advice from me, a recent graduate, about how to get the most out of the program. I asked him about his aspirations, how he saw himself as a writer, what he wanted to write. He told me he’d written short pieces but wanted to develop the skill of writing longer work. He’d started novels but had never been able to finish them. He said he often lost interest in the story and wasn’t sure if it would be interesting to anyone else.

I spoke and I realized what I was saying to him was the answer to where we both were—he starting to write and me having completed a big project.

I said, “You’ve got to love what you’re writing.”

This is so true. A novel takes such a long time—months and years. How else can you stick with it unless you truly loved your story and loved your characters? Where is the fun and energy to keep you going if you don’t love what you’re writing? I know it’s tempting to want to follow publishing trends and write in whatever genre happens to be hot at the moment. But if you don’t love the work it will be a punishing exercise and the results will show it. The reader can tell. If there’s no affection a reader can put a book down and forget about it as easily as you might during the writing process. But if a reader can sense love it will feel as though they’ve stumbled on a secret, and he or she will feel closer to you and your work because of it. One of the best critiques I received on my novel manuscript—and believe me, it kept me going when the revision process got tough—came from a reader who said, “I can tell you love these characters.”

Interesting side note: This same reader also said, “I could feel your love of baseball.” I smiled at that because while I watch the World Series every year, I don’t have a particular love of baseball. However I have a dear friend who does, and I wrote the baseball parts with him in mind thinking I wanted him to enjoy it whenever he read the book. So I was channeling someone else’s love, but the love was still there.

That day I stood there in the woods with my phone to my ear watching the truth of what my church friend had said unfold before me. I thought I was walking around out there because I was trying to think through the start of my next book, but what I was really trying to figure out was this: how do I fall in love again? It almost seems impossible to do but I know it must be possible. I suppose have to be patient with myself, and patient with my heart. I’m thinking now if I court the new novel gently, putting in the time I know it requires, the love will manifest.

What will you do to find the love in your next piece of writing? 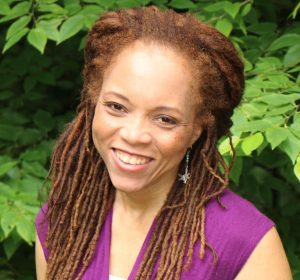