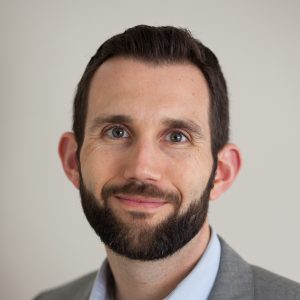 Andy Olsen is managing editor at Christianity Today. Prior to joining CT, he served with International Justice Mission in Washington, DC, managing communications for its Latin America programs and helping leverage the power of story to protect the world’s poor from everyday violence. Andy served with global nonprofits for nearly a decade as a writer, editor and photographer, traveling regularly to Central and South America, the Caribbean, and Africa.

For more than five years before entering the nonprofit world, Andy worked as a staff and freelance journalist, specializing in immigration, religion, and business coverage. His work has appeared in the Los Angeles Times, the Chicago Tribune, and The Seattle Times, among other publications. He studied journalism and Spanish at Asbury University and received an M.A. in international affairs from The Fletcher School at Tufts University. He lives with his wife and their two children in the Chicago area.