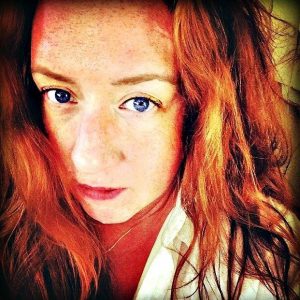 Cathleen Falsani is an award-winning, veteran religion journalist and author, specializing in the intersection of spirituality and culture. She was the longtime religion writer for the Chicago Sun-Timesand is the former web editor and director of new media for Sojourners. Her work has appeared in myriad media outlets including the Washington Post, the Chicago Tribune, Rolling Stone, The Atlantic, TIME, Christianity Today, the Christian Century, the Harvard Divinity School Bulletin, the Orange County Register, the Toronto Star, Religion Dispatches, Huffington Post, Jewcy, CNN, NPR, the BBC, and Religion News Service, where she serves as a correspondent. Cathleen is the author of several nonfiction books, including The God Factor: Inside the Spiritual Lives of Public People, Sin Boldly: A Field Guide for Grace, and The Dude Abides: The Gospel According to the Coen Brothers. She is co-editor with Jennifer Grant of Disquiet Time: Rants and Reflections on the Good Book by the Skeptical, the Faithful, and a Few Scoundrels and of the forthcoming The End of Hunger: Renewed Hope for Feeding the World. Since 2014, Cathleen and her husband, the Pulitzer Prize-winning journalist and New York Times bestselling author Maurice Possley, have worked closely with many authors, filmmakers, and television producers through their creative consultancy Sinners & Saints in Laguna Beach, California.