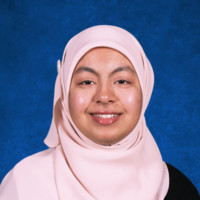 Karuna Riazi holds a BA in English Literature from Hofstra University, and is an educator and diversity advocate. She is a 2017 honoree on NBC Asian America’s Redefining A-Z list, and her work has been featured on Entertainment Weekly, Amy Poehler’s Smart Girls and Teen Vogue, among others. She is the author of The Gauntlet, which released in March 2017 from Simon and Schuster’s Salaam Reads imprint, and its companion The Battle (August 27, also from Salaam Reads).