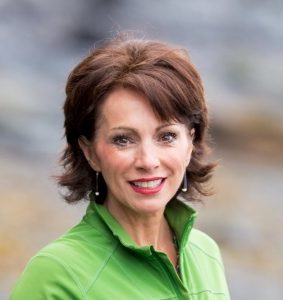 Leslie Leyland Fields is the multi-award winning author/editor of eleven books, including The Wonder Years: 40 Women Over 40 on Aging, Faith, Beauty and Strength and Crossing the Waters: Following Jesus through the Storms, the Fish, the Doubt and the Seas, which won Christianity Today’s 2017 Book Award in Christian Living.

Her other books include Surviving the Island of Grace (Thomas Dunne), The Spirit of Food: 34 Writers on Feasting and Fasting Toward God (Cascade Press), and Forgiving Our Fathers and Mothers (Thomas Nelson). The Spirit of Food  won three “Best Book of 2010” Awards. Her books have been translated into eight languages. Her essays have appeared in Christianity Today, Books and Culture, Belief.net, The Atlantic, Orion, Best Essays  and many others earning her four Evangelical Press Awards, Pushcart nominations, the Virginia Faulkner Award, and a Genesis Award. With three graduate degrees (in English, Journalism and an MFA in Creative Nonfiction) she has taught extensively.  Leslie was a founding faculty member of Seattle Pacific University’s MFA program; she taught literature and creative writing at the University of Alaska for fifteen years. Since 2013 she’s been leading The Harvester Island Wilderness Workshop.