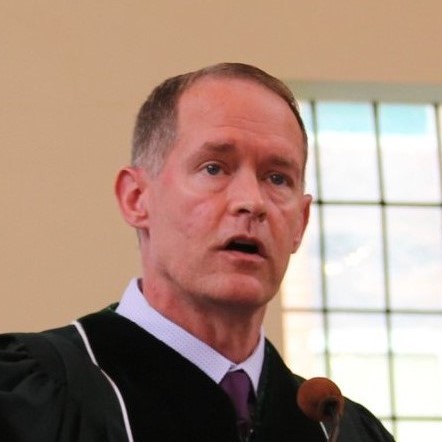 Nathan Day Wilson writes weekly for The Indianapolis Star, teaches annually in Indiana and New York, and has over 600 published stories, columns, essays and book chapters in Europe and North America. He serves on the board of Chautauqua Literary Arts Friends and the Ecumenical Community of Chautauqua. He is working on his first two novels.

Nathan served as a pastor of large and small congregations, at the World Council of Churches, at the Geneva Centre for Security Policy, at Sojourners Magazine, and at a theological school. His dissertation, “Waging Peace Amidst Raging Conflict: Evaluating the Impact of Religious Institutions,” was noted by the British International Studies Association Working Group on International Relations, Security and Religion. He holds distinction as being the youngest executive director of a state council of churches in US history.

Wilson’s spouse, Janice, founded an international NGO in Swaziland that feeds over 600 kids, works on food sustainability, job creation, early childhood education and women’s empowerment. The couple has two daughters: Clarissa, who is graduating from University of Edinburgh this July in Archeology; and Patricia, who graduated from an American high school in May.