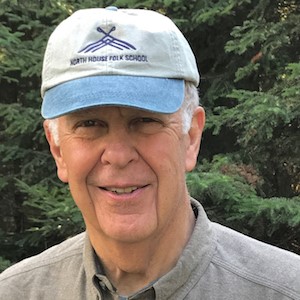 Parker J. Palmer, Founder and Senior Partner Emeritus of the Center for Courage & Renewal, is a world-renowned writer, speaker, and activist who focuses on issues in education, community, leadership, spirituality and social change. His new project is The Growing Edge, with singer-songwriter Carrie Newcomer, at NewcomerPalmer.com.

Palmer holds a Ph.D. in sociology from the University of California at Berkeley, as well as thirteen honorary doctorates. He is the author of ten books, including several award-winning titles, that have sold over 1.5 million copies and been translated into ten languages.

In 1998, the Leadership Project, a national survey of 10,000 educators, named Palmer one of the thirty “most influential senior leaders” in higher education and one of the ten key “agenda-setters” of the past decade. Since 2002, the Accrediting Commission for Graduate Medical Education has given annual Parker J. Palmer “Courage to Teach” and “Courage to Lead” Awards to directors of exemplary medical residency programs. In 2010, Parker was given the William Rainey Harper Award whose previous recipients include Margaret Mead, Elie Wiesel, Marshall McLuhan, and Paolo Freire. In 2011, the Utne Reader named him one of 25 Visionaries on its annual list of “People Who are Changing the World.” In 2017, he received the Shalem Institute’s Contemplative Voices Award, given annually to an individual “who has made significant contributions to contemplative understanding, living and leadership.”

A member of the Religious Society of Friends (Quaker), Palmer and his wife, Sharon Palmer, live in Madison, Wisconsin.