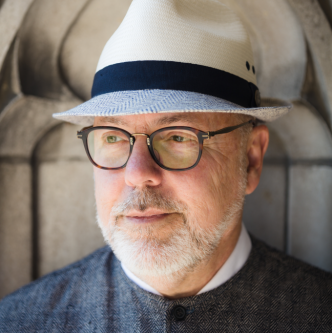 Rabbi Rami Shapiro is co-director of the One River Foundation (oneriverfoundation.org), writes the “Roadside Assistance for the Spiritual Traveler” column for Spirituality & Health Magazine, and hosts the magazine’s podcast “Essential Conversations with Rabbi Rami (spiritualityhealth.com). He earned rabbinic ordination from Hebrew Union College–Jewish Institute of Religion in 1981, and a PH.D. in religion from Union Graduate School in 1985. Over the past forty years he has been a USAF chaplain, a congregational rabbi, a business consultant, a university professor, and an author of three dozen books on religion and spirituality. In 2010 he was initiated into the Ramakrishna Order of Vedanta Hinduism by Swami Swahananda, and became a 32° Scottish Rite Mason (KCCH). Several years later he founded the Order of the Holy Rascal, and joined another secret society, The Grand Lodge of All Beings.