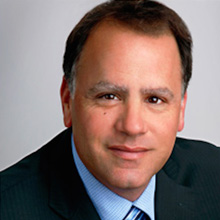 Roger Freet represents a wide variety of narrative and idea-driven nonfiction and select fiction writers in the areas of spirituality, history, technology, memoir, and cultural issues. His clients include leading scholars, journalists, pastors, activists and musicians. Prior to joining Folio, Roger served at Foundry Literary + Media in New York as a literary agent, and served as an Executive Editor at HarperOne, an imprint of HarperCollins Publishers, where he published multiple New York Times bestselling authors. In advance of joining the editorial team at Harper in 2004, Roger was the Associate Director of Marketing and Publicity where he ran promotional campaigns across the full spectrum of the HarperOne list. Roger holds a Masters of Divinity degree from Princeton Theological Seminary and began his publishing career as an envelope-stuffing intern in the publicity department at Princeton University Press.