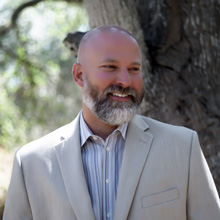 Right after it happened, the horrible shooting in Las Vegas drew me into reflection on the causes of mass violence. For days I let the thoughts turn over in my mind and heart, paying attention to what emerged. I started writing an article about it, ran into roadblocks, and discovered I had the article’s primary and secondary focus exactly backward. A rewrite was in order.

Meanwhile, time and the news cycle marched on.

Name a current event, and I’ve been late to write about it. At least a week late, often more. This is a big problem for me. Maybe it’s a problem for every spiritual writer who grapples with current events.

The problem has to do with the usual writer metrics: visibility, reads, clicks, results that contribute to author platform. While I have no data on this, it stands to reason that tangible results go to the writers who communicate faster, whose writing hits the same news cycle as the event (or at least the next news cycle). In our short-attention-span world, their writing gets read, or heard, or watched because their topic is still in the headlines.

I can’t do that. I have to do what I did with the news from Vegas. So by the time I publish something, it’s old news, often ignored.

That’s not a whine; it’s just facts. I can’t be a contemplative spiritual writer without contemplating, and contemplation takes time. So my chances for market success slip away.

And yet all that contemplating turns up something different. It may be late, but it is often fresh, sometimes invaluable.

Almost immediately after the shooting, the commentators I heard brought up the same old arguments about access to guns, mental illness, access to guns for people with mental illness. Of course they did: there’d been no time to process anything further. To give them their due, those arguments are important in any conversation on the topic, and the “first responder” commentators do us some service by raising them again. But they’ve also become political footballs, so their restatement after Las Vegas accomplished little.

Meanwhile, the questions that turned up in my deepest self were different and, I would submit, deeper. Why is violence so deeply embedded in American culture? Is there anything we can do about it? Why are nearly all mass shooters men?

These questions don’t get asked nearly as much. Perhaps, if writers like me (and others) start asking them, we might get a fuller, more accurate, more useful picture of what’s happening with mass shootings. It might spark a breakthrough in the steps taken to reduce their frequency.

Is that a good enough result for a spiritual writer? For me it is (though it took me years to get to that point). But the answer will vary with each writer. It really comes down to why we write in the first place.

The marketplace for “late” contemplative writers may be small. But I can’t help thinking we—our world, our species—need them too, as much as we need writing’s version of first responders. If you’re on the contemplative side, your writing may not win you a comfortable retirement. But it can make a difference.

A spiritual director, contributor to Huffington Post Religion, and associate of an Episcopal monastery, John Backman writes about contemplative spirituality and its surprising relevance for today’s deepest issues. He authored Why Can’t We Talk? Christian Wisdom on Dialogue as a Habit of the Heart (SkyLight Paths Publishing).

Having a blog is an important element of online success. Even with the increasing importance of social media, you still need an easily accessible repository of your rich content. And not every concept can fit into 140 characters, so having a place to point to from Twitter is certainly a nice thing to have.

In the past, a popular way to host a blog was through a blog hosting service. But now that website hosting has become so inexpensive and easy to do, many people are moving away from hosted blogs to their own website. I won’t go into all the advantages of doing this, but among them are (1) having your own domain name – an important, and portable, branding element, (2) greater flexibility in website functionality, and (3) faster adoption of new technologies, such as those providing a great experience on small-screen devices such as phones and tablets.

But is it difficult to make the transition from a hosted blog to a blog on your own website? If you’ve been using a hosted blog based on WordPress, and you want to move to a WordPress website, you are in luck. You can easily export your blog articles to a file, then upload the file to your new WordPress website. Depending upon the different themes used for the hosted blog and the new website, you may need to do some tweaking with the look and feel. But your content should be there, safe and sound!

When copies [of virtually everything that can be copied] are free, you need to sell things that cannot be copied. Well, what can’t be copied?

Trust, for instance. Trust cannot be reproduced in bulk. You can’t purchase trust wholesale. You can’t download trust and store it in a database of warehouse it. You can’t simply duplicate someone else’s trust. Trust must be earned, over time. It cannot be faked. Or counterfeited (at least for long). Since we prefer to deal with someone we can trust, we will often pay a premium for that privilege. We call that branding. Brand companies can command higher prices for similar products and services from companies without brands because they are trusted for what they promise. So trust is an intangible that has increasing value in a copy-saturated world.

The Internet is the world’s largest copy machine. At its most fundamental level this machine copies every action, every character, every thought we make while we ride upon it. In order to send a message from one corner of the Internet to another, the protocols of communication demand that the whole message be copied dozens of times in an ordinary day as the cycle through memory, cache, server, routers, and back. Tech companies make a lot of money selling equipment that facilitates this ceaseless copying. If something can be copied – a song, a movie, a book – and it touches the Internet, it will be copied.

On a retreat in Texas once, I heard Frederick Buechner say that he writes to people he loves and who really know him. “You use your real voice with those who you live,” he said, “and you cannot be phony with those who know you well.”

Since the change encounter with Ms. Betts and the weekend with Mr. Buechner, I have never even considered writing to an audience. An audience is somehow faceless and forbidding to me. Whenever I try to write in the direction of an audience, the work comes out flat and forced. The only real way to write, at least for me, is to write to people I know and people I love. 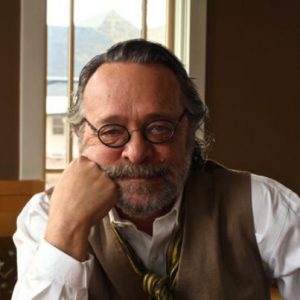 • The Rev. James Martin is a Jesuit priest, best-selling author, and editor at large at America, the national Catholic magazine. He is arguably the leading Catholic author.
• This extended interview includes topics such as how he approaches writing, how he selects book themes, how to think of your audience, his writing schedule, social media, view of the publishing landscape, working with editors and agents, his author role models, and more
• 62 minutes including Q&A
• Click here to learn more 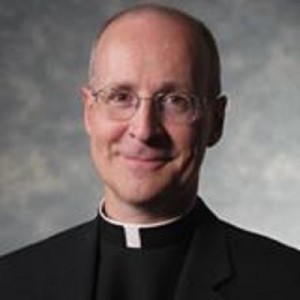