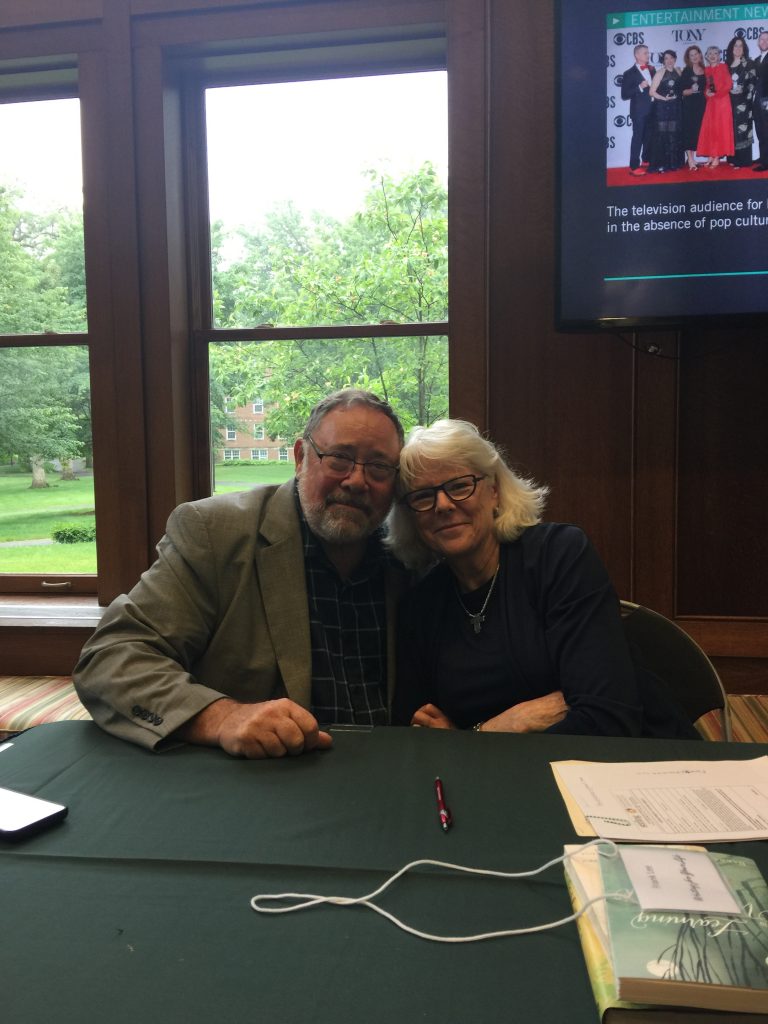 I was in the front row at the “Writing for your life seminar when “The” Barbara Brown Taylor told us, “As an author, fame is not what you think; it’s kind of like telling folks you are the badminton champion of Chesterfield County.”

Right Barbara, it’s easy to disdain fame when you are number one! Secretly, we all wanted to be just like “her,” a New York Times best-selling author, writer of inspirational books, all of which hit number one. She was successful, famous, and at the top of the literary pyramid – the number one spiritual author in America! – well, at least for today, you see Frank Lee has plans!

Following months of agony writing my first book, “WHY JESUS LEFT THE CHURCH,” the moment of truth arrived, I took a deep breath, hesitated, and hit “send.” The manuscript was submitted, and the book published. I was now ready to be famous.

Much to my surprise, the first 72 hours did not go as I had planned. Sales were “modest,” Oprah did not call, there was no nomination for a Pulitzer or Nobel Prize, and Ellen did not invite me to be on her show. Something must be wrong? I would soon learn what it was. Authors – important safety tip, if you do not put in an author profile, Amazon will do it for you.

The host of the Christian radio talk show was also seeking fame and apparently channeling Woodward and Bernstein. He was poised and ready for the “ambush interview.”

“So, Father Frank, don’t you feel hypocritical writing about the church’s shortcomings in light of your other books? We know about them!”

The host then read some of “my” titles: “LUSH EROTICA” – “NAKED JOURNEY” “MIDNIGHT BURNS” and many more…

His ensuing lecture was delivered in an animated eloquence reserved only to those accustomed to carrying clipboards and pointing out the failures of others. The words “disgusting “and “purulent “were offered as descriptors of my sinful behavior. All this followed by invitation to repent right there on the air! At this moment, the switchboard overloaded with calls from listeners wanting to emphasize my depravity further or to save my soul before the next commercial break.

For those who do not know me, I did not write those books. Amazon attached the biography and books of another author named “Frank Lee” to my Bookshelf page. For those who do, you are aware my pet peeve is condemning folks with a “holier than thou attitude.”

The diatribe ended. The moment of truth had arrived. It was time to set the record straight. Then, For some unknown reason, I lowered my voice at least half an octave and proclaimed; “Yes, absolutely, those were all my books, and we needed to discuss the tragic effects of “judgemental finger-pointing” on the church.”

The next five minutes were truly interesting. At this point, someone must have clued in the host of his mistake, and he tried to pivot out of the discussion;

“Well, Pastor Lee, it seems we have been ‘misguided’. My apologies, I should have known a minister would not” …

I interrupted to opine;

“I’m sure my sins are worse than the other Frank Lee. Heck, he wrote about sin. I lived it.” There but for the grace”….

Strangely it ended as it should have begun, a real discussion about “Why Jesus Left the Church.” TOGETHER we decided just maybe people living in glass houses were a contributing factor.

It would take Amazon 11 hours to correct the Biography mistake. Along the way, I learned that the other Frank Lee sells lots and lots of books. Then I noticed something – all the books were lined up by category AND in order of popularity. There, officially certified by Amazon, was my book IN THE NUMBER ONE POSITION.

I’m sure fame is not in my future,
But on that glorious day, March 26, 2020.
For eleven exciting hours, I was at the top of the pyramid.
Certified as America’s number one author in Religious Writing!

Move over Barbara Brown Taylor; there’s a new badminton champion in Chesterfield County after all! 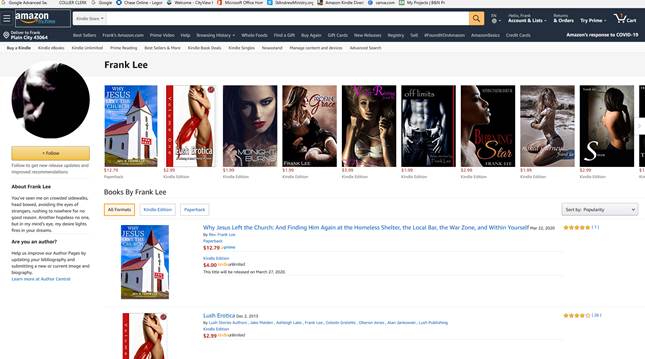